There are two types of people in this world; devoted coffee lovers and those who swear by a cup of tea. Thus, when we ask you which drink is healthier between the two beverages, chances are that you’ll make a decision based on where your allegiance lies. That is why instead of taking your answers for the truth, we went and did our research based on scientific facts, so read on to find out the answer to that century-old question.

The higher the amount of caffeine, the poor the quality of sleep. Studies show that caffeine has a half-life of between three to seven hours depending on the amount that you took. A team of scientists from a certain university in the UK carried out experiments on a group of tea and coffee drinkers and found out that even though both had close effects on energy, those who took coffee suffered insomnia while those who took tea easily dropped off into a deep slumber. Nevertheless, if you’re a coffee lover, you don’t have to give up your precious cup of coffee. Just ensure that you take it seven hours before you go to bed so that the effects can wear out.

Bottom line: Tea does not affect sleep quality, coffee does.

Coffee vs. tea: effects on energy

The energy effects on your body between tea and coffee vary significantly. According to studies, our brains are usually slow in the morning thanks to the active state of adenosine, a neurotransmitter which signals your mind when it’s time to rest. The effect of caffeine in the brain when taken, is that it blocks this neurotransmitter almost instantly thus enabling you to focus on the day ahead.

Therefore, when it comes to effects on energy, coffee is more useful as it boasts more caffeine than tea. In fact, studies show that a standard eight ounce of coffee has approximately 100 mg of caffeine while the same amount of tea contains between 15 to 70 mg of caffeine based on the type of tea that you’re taking. That explains why you get that burst of energy in the morning after downing a cup of home or office brewed coffee.

Nevertheless, the quality of energy offered by the two beverages differs. Even though coffee is a better energy booster, tea provides more than an energy boost. It contains L-theanine which stimulates the GABA neurotransmitter thus slowing down the overexcited brain neurons responsible for anxiety leaving you relaxed and more alert. So you get double benefits from a cup of tea; energy and relaxation. On the other hand, coffee gives you an instant boost and keeps you alert.

Verdict: Both drinks boast their unique effects on energy. Therefore, it all comes down to you; if you’re looking for an instant boost to start the day then a cup of coffee will do but if you want a relaxed mind to study for a test then have your tea.

Tea vs. coffee on cardiovascular illnesses

Cardiovascular illnesses such as heart disease have been proven to be the primary cause of premature death, but if you are a coffee or tea lover, then you are allowed to sigh with relief as both beverages have been proven to lower the risk of such conditions. They both pack a punch of antioxidants named polyphenols.

According to studies, this group of antioxidants helps ease inflammation and at the same time repairs cellular damage caused by this culprit on the heart. This helps alleviate chances of strokes and other cardiovascular illnesses such as arteriosclerosis. However, it is important to note this, even though both beverages help lower risks to cardiovascular diseases, coffee contains more polyphenols hence helps lower this risks more significantly than tea while on the other hand, tea provides a variety of antioxidants.

Verdict: Coffee wins, but still tea is effective, so you still have reasons to keep your cuppa char close.

Coffee vs. tea on cancer

When it comes to cancer, tea seems to be the top dog. According to the National Cancer Institute, tea contains more and also a variety of antioxidants such as polyphenols, catechins, and flavonoids. These antioxidants help counter oxidative damage on the body cells which is the number one cause of cancer thus helping in cancer prevention. Another study shows that tea helps lower the risks of breast, prostate and colorectal cancer. Nevertheless, this does not mean coffee is the underdog here as it also packs a bunch of antioxidants even though not as many as they are in tea, this also help avert oxidative damage thereby lowering the risks of oxidative damage and keeping cancer at bay.

Bottom line: Coffee is good at decreasing the likelihood of developing cancer, but tea is better

While soft drinks bring you a ton of mental problems, these two beverages seem to have a draw when it comes to the psychological benefits they bring you. According to a particular survey, regular tea drinkers have a 37% lower risk of getting psychological and emotional conditions such as depression and anxiety. This is because tea helps suppress the release of the stress hormone known as cortisol and at the same time, the as L-theanine amino-acid mentioned earlier helps calm down overactive neurons which are the primary cause of mental disorders such as depression.

On the other hand, even though coffee is not wholly effective in that field, it is more efficient in preventing cognitive decline. Studies show that those who take a cup of coffee every day have a lower risk of developing neurodegenerative diseases such as Alzheimer and Parkinson’s disease in comparison to those who don’t.

Verdict: Tea keeps depression, anxiety, and other mental disorders away while coffee does it better with neurodegenerative diseases such as Parkinson’s and Alzheimer.

At this juncture, both beverages seem to pack their unique benefits. So whether you are reading this with a mug of java in your hands or a cup of tea, continue drinking it because you’re drinking down a bunch of health benefits. One more thing though; avoid refined teas and coffees as they tend to contain preservatives and additives which are not suitable for your health. Additionally whichever side you belong to, the key to enjoying the benefits of each in moderation. 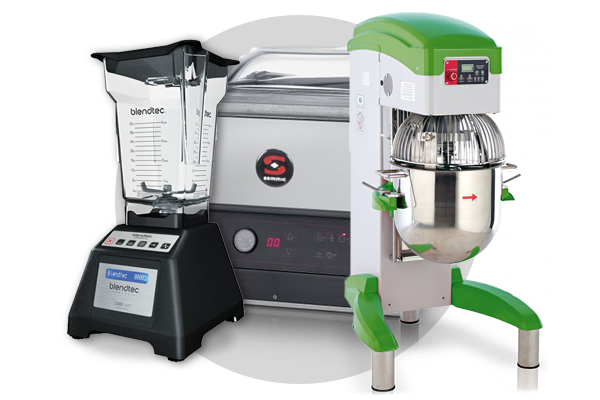